Simplifying Your Illustration Workflow with iPad and Adobe5 min read

In my daily work, I rely pretty heavily on technology. I work on a computer, I use lots of software, and I code a handful of languages for the web. Despite this I’ve always felt like a bit of a Luddite at heart, having formed an uneasy alliance with the machines so as to further my personal goals despite the nagging suspicion that one day they’ll turn on me. And the first salvos have already been launched; Adobe Illustrator and Photoshop hog my memory, occasionally crashing and costing me time and effort rebuilding lost work, and just last year a sudden hard drive crash convinced me that I was, indeed, mortally engaged with the canny foe that is technology.

The process of illustration is heavily iterative, often taking many passes at an idea until a visual solution reveals itself. Pads of paper stack up, pencils break, ink spills, and antiquated scanners slowly degrade into obsolescence. In the past my process has always involved starting with thumbnails, moving to sketches, scanning the sketches into Illustrator or Photoshop, then digitally inking and coloring everything until it’s finished and ready for production. Each stage had its own tools and its own space and required an amount of patience. I, however, am not a super patient person and have always sought new ways to streamline and simplify. To this end, I’ve managed to hack my workflow down to a two-step process.

Thumbnail sketches for a poster done on the iPad.

To start, I have an iPad Air 2. Pretty fancy-schmancy when I got it, now fairly archaic because, hey, let’s make new ones every 9 months because reasons, right? I got it after slogging through owning an iPad 4 which was just getting left in the dust in terms of memory and software. I also ran the gamut of third-party styluses, most of which are actually really crap. Adonit probably makes the best (sorry, Wacom) and I rather like the Adonit Pixelpoint. Combine these two gizmos with Adobe Ideas and… wait, what’s that, Adobe? Now I have to use your new product Adobe Draw that forces me to buy a Creative Cloud license if I want to transfer files to my computer? Grrr, fine….

Anywho, combining these Voltron-like powers I have reduced my sketching and ideation time by being able to do it all quickly while sitting in my favorite chair. I can browse the web for references or take my own photos and drop them right into a layer in Draw. The UI is pretty intuitive, allowing for some nifty gestures to undo, redo, zoom, and adjust the pre-loaded shape tools. I can layer sketches and work them into inked drawings, add color for reference later or, if I’m feeling ambitious, work up a complete piece right there on the iPad. 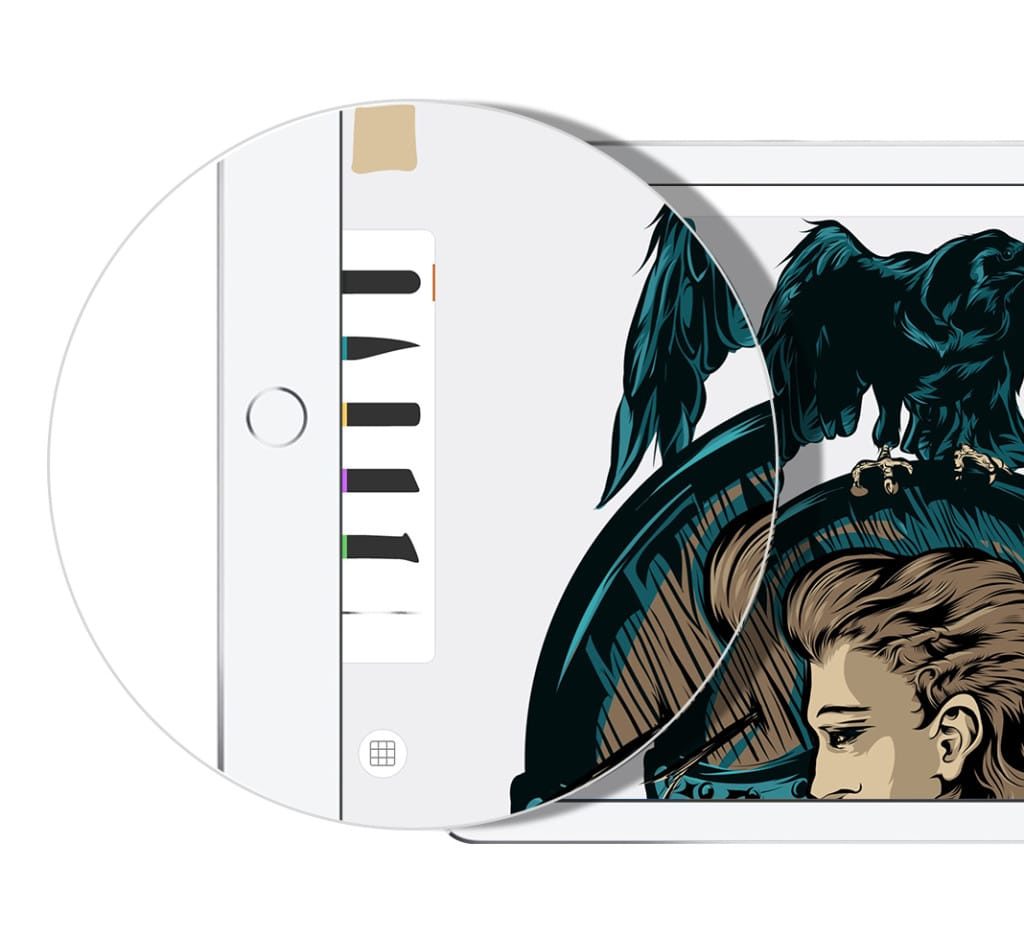 Default brushes. All are nicely pressure-sensitive, with the glaring exception of the eraser. Bummer.

Much like its big brother Illustrator, Draw comes with a handful of pre-defined brushes. They’re not nearly as customizable as on the desktop (is it still ok to use that word?) and you can’t add more, but they respond very well to pressure-sensitive styluses like mine and are broad enough in function that basic sketching/inking functions are taken care of. You can increase the size of the brushes, and color can be adjusted using a hue palette or an eye dropper. There’s no real swatches panel, but you can definitely see what you’ve used so far and riff off that, or use the eye-dropper function to pull from photos and such.

If it all sounds like Illustrator Lite, well, it is. But the nice thing about it all is that you can log into your Creative Cloud account (thanks for another subscription, Adobe!) and send your files directly to Illustrator where they open automagically as fully layered vector art files. From there it’s just a hop, skip, and a jump to finishing everything off, adding text, etc. And on top of all that, you can email comps to clients directly from Draw, or post them on Behance, or rack up Likes or Tweets or whatever is cool right now on the social medias. 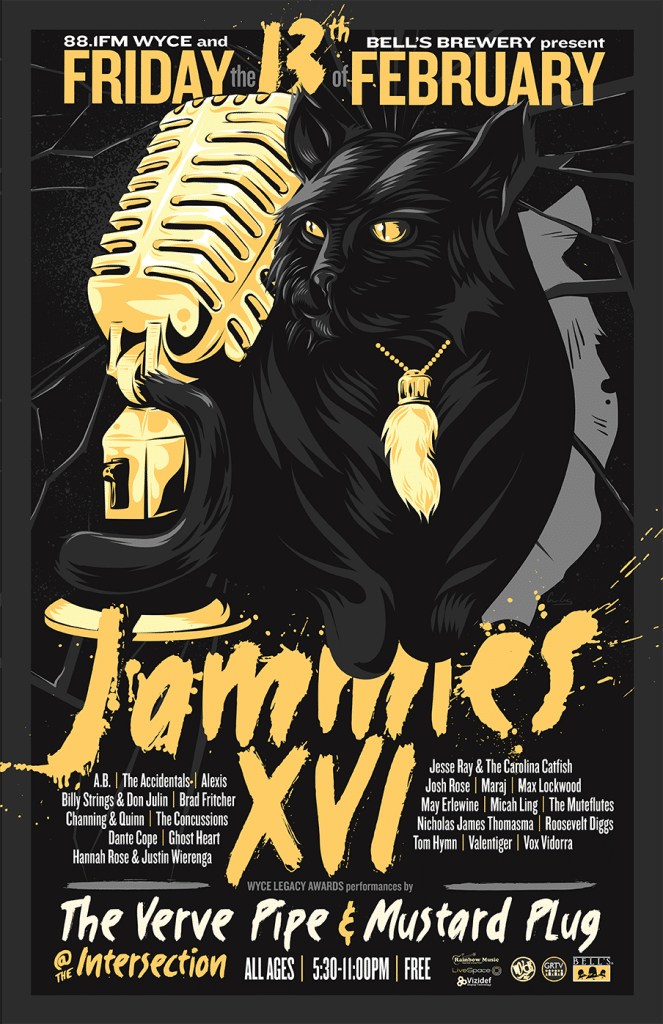 Final piece. Illustrations imported from Draw as layered vectors, laid out with type in Illustrator.

There are, of course, downsides. I don’t have an Apple Pencil or an iPad pro, so the stylus I use feels slippery and hard on the shiny screen, which doesn’t really feel natural. The Bluetooth disconnects occasionally and while the software and hardware do a decent job with palm recognition, it’s far from perfect. But for sketching, ideating, and eliminating some steps from your workflow, I think Adobe Ideas + iPad + stylus offers a flexible, rather intuitive way to enhance the illustration process.

As long as it doesn’t crash.