The Long and Short of it6 min read 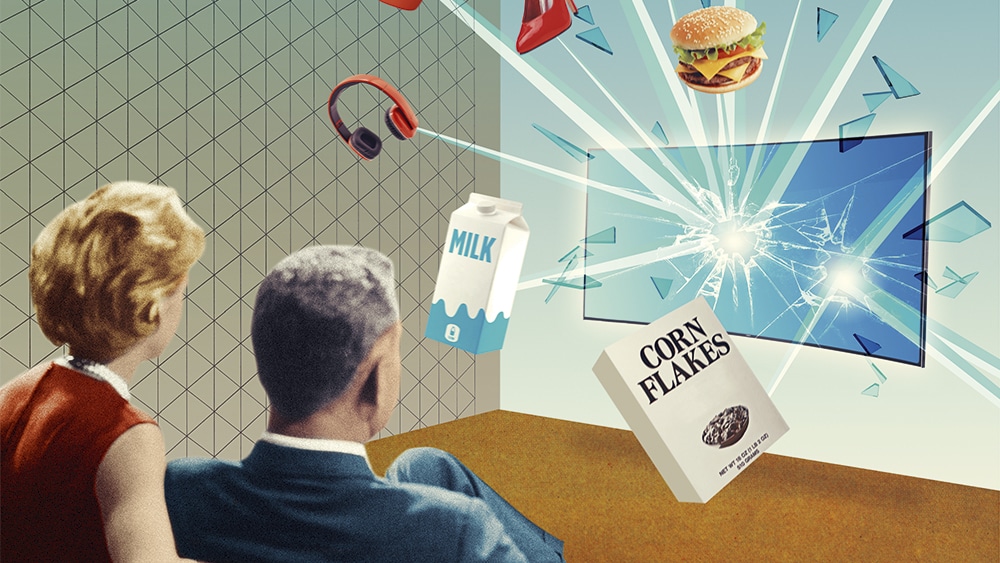 It’s July 1, 1941.  You’re watching WNBT (now known as WNBC), waiting for the Brooklyn Dodgers and Philadelphia Phillies game to begin.  Suddenly, your TV set displays a WNBT test pattern, modified to look like a clock.  In the lower right corner sits the logo for Bulova, a wristwatch company, along with the phrase “Bulova Watch Time”.  The clock’s second hands spin in real-time for exactly 60 seconds.  And then you’re back to your scheduled program.  The game comes on, and you may not have realized, but you just watched the first paid TV advertisement in history.

With a cost reported anywhere from $4.00 to $9.00 ($64.80 – $145.80 adjusted for inflation), this ad seems like a bargain by today’s standards.  And not just in dollars: being the first company to advertise on television surely gave Bulova an early leg-up on the competition as the airwaves became increasingly saturated with advertisements in the decades that followed.

That saturation has continued to this day.  In 2016, 10 hours of American television programming yields about 3 hours of advertisement – twice what Americans were exposed to in the 1960s.  How could a company hope to distinguish themselves in the hypnotic churn of 30/60 second spots that cycled before a viewer’s daydreaming eyes every 10 minutes or so?

This was an issue that Miller Brewing Company was taking into account with their 2009 Super Bowl Ad campaign.  With 30-second spots selling for an estimated $3 million each, and longtime brewing goliath Anheuser-Busch having purchased 4 and a half minutes of ad time for the game, how could Miller expect to make an impact?

By making a joke of the whole deal.  Miller started advertising that they were going to release a 1-second Miller High Life spot to air once during the Super Bowl.  A promotional website stated that “paying $3 million for a 30-second commercial makes as much sense as putting sauerkraut on a donut”, which supported their brand promise for “good, honest beer at a tasty price.”

The gamble paid off.  The advertisement, comprised entirely of a Miller employee shouting “High Life” at the camera, was as highly discussed as other, more expensive spots, and resulted in an 8.6% sales boost the following week.  It was a great reminder to national brands that sometimes, less is definitely more.

And other times, more is more.  In 2014, Arby’s had recently added the Smokehouse Brisket Sandwich to their menu, which they proudly advertised was slow cooked for 13 hours.  On May 24-25 of 2014, Arby’s supported this claim by televising a 13 hour 5 minute and 11 second commercial (the world’s longest) of their brisket cooking. Like a yule log for carnivores.  Arby’s Brand President spoke to the purpose of such an absurdly long ad: “If there ever was a doubt that we actually smoke our brisket for 13 hours over real hickory wood, this ad makes it pretty mouthwateringly clear that we do.”

Clear indeed.  Somewhat less clear, however, is the effect of shifting focus from commercials (no matter the length) to sponsored content.  Saturday Night Live has recently announced that for their upcoming season, they will reduce their ad load in favor of sponsored content.  All told, they’ll be able to remove two commercials breaks per 90-minute episode by implementing sponsored sketches into their programming.

But can sponsored content within a program (especially one as satirical as SNL) have the same intended effect as a separate advertisement?  Or: is there even an intended effect anymore?  After Matthew McConnaughey appeared in a series of (mildly confusing) Lincoln advertisements, Jim Carrey spoofed the ads as a guest host of SNL, which then aired on the program.  As sponsored content.

Even though that sketch is a direct spoof, it begs the question: can sponsored content on a program like SNL legitimately honor a brand, or will there always be a degree of tongue-in-cheek?  If the latter, are we learning (along with 1 second and 13-hour anti-spots) that conversations ABOUT ads are ultimately more beneficial to brands than a 30/60 spot could hope to be?  Did Bulova think their 1941 was a gimmick too?  As long as you’re talking about their brand, I doubt they care.