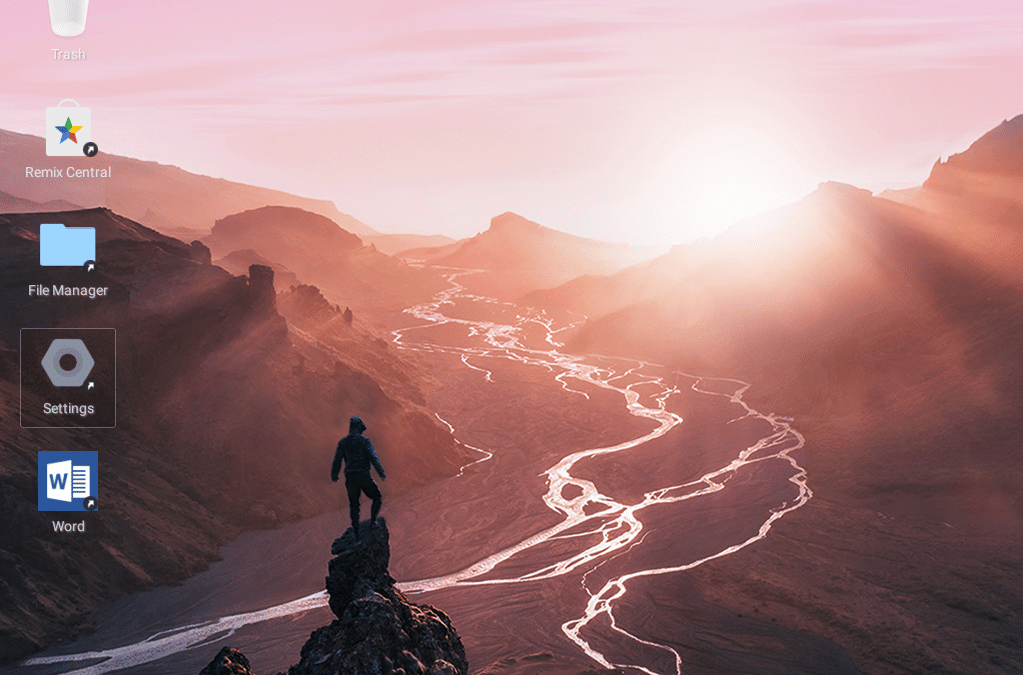 My wife bought me a refurbished laptop for Christmas last year, and after my initial reactions of shock and delight, I booted it up and found a few surprises. The first surprise was that the previous owner had left a copy of “WWE Presents: The Rock vs. John Cena 2” in the DVD drive. Charming. The second surprise was less so: despite having a dual-core processor and Windows 7 installed, the computer was slow – Reeaallyy ssllooowww.  It also had a habit of closing all my open explorer windows on its own, and occasionally it closed other programs outright. I installed Windows 10 to try to remedy the situation, but this only made the computer run even slower, and increased the boot time substantially. With respect and love to my wife, the thing was a dog. Since Christmas, it has sat collecting dust on top of a pile of other rarely used electronics in a corner of our house, but there may be hope for it yet.

Jide is an up-and-coming manufacturer of low cost but well-reviewed Android computers and tablets. Their Remix Mini is a small streaming appliance that doubles as an Android computer for your television, and their Remix Ultra-tablet is a somewhat powerful entry into the tablet PC market, similar to the Microsoft Surface but with lower specs, and cost. Their hardware is built around their variation of the Android operating system that they call Remix OS, and it aims to make Android operate more like a desktop OS, similar to Windows or Mac OS. They have also released a FREE version of Remix OS that can be run on Windows or Mac computers, either as a dual boot system or by booting the computer off of a USB 3.0 thumbdrive. It is lightweight, easy to install, and fast – even on older hardware. Better yet, most people who use Windows, Mac OS, or a Chromebook should have no problem with navigating Remix OS after a few minutes of poking around, as it incorporates the common functions between all of these programs into its user interface. Did I mention it’s free?

I decided to try Remix OS on my laptop to see if I could rejuvenate it enough to make it useful. I won’t go into the details of how to install the software because the Jide website has very easy to follow video tutorials that make installation a breeze. You will need a torrent downloading app such as Bittorrent or Torrent RT Free on your computer in order to download the software. I decided to install the software on my computer to make it a dual-boot Windows/Remix computer, and the installation process took about 15-20 minutes, requiring very little user participation other than a couple reboots. Once the Remix software was up and running, I was pleasantly surprised at how little I needed to do to get started. I entered my network password to connect to Wi-Fi, and that was it! My touchpad and pointing stick both controlled the cursor, and the keyboard was mapped appropriately. I fired up the included Chrome browser and found that websurfing was MUCH faster in Remix than on the Windows partition of this laptop. YouTube videos played with less hesitation and at a better quality than I had grown to expect in any browser on the Windows side. Things were off to a good start.

Next, I opened the included Amazon Appstore and downloaded a free game – Sonic CD – a classic from the early ‘90s. It installed and opened without difficulty, and seemed to play at full framerate. Unfortunately, the game ultimately caused my machine to freeze, resulting in a forced reboot. Subsequent attempts produced the same result. Unfortunately, I can’t say if this was caused by limitations of the Remix software or my hardware. Next, I opened the Remix Central shortcut and browsed the suggested software. Google and Microsoft Office apps are prominently displayed here and I easily downloaded and installed Microsoft Word (which I am currently using to type this review). There is also an app included to download and install the Google Play store, and it works very well, requiring only a reboot after installation. Unfortunately, I had trouble using the graphics software I downloaded. Photoshop Express would open but I could not find the toolbar. The video editing software Kinemaster, widely regarded as the best video editor on Android, would not even open at all (I believe this is a limitation of the Kinemaster software, and not Remix OS).

One of the most pleasing aspects of Remix OS is how little it requires of the user to install and get up and running. Jide seems to have put a great deal of thought into making this OS incredibly easy to use, with the most popular software either included or linked through shortcuts. Because these programs are already programmed for Android, migration of files and settings is built-in and stress-free. The company also seems dedicated to making Remix OS a stable and viable alternative to Windows and Mac OS. Power users may be a little frustrated by the lack of some offerings – for example, video editing software is not very well represented in the Android ecosystem – but for those looking to repurpose an aging laptop or tower into a reasonably powerful web browsing computer or word processor, or for institutions looking to make use of donated equipment, Remix OS seems to be a fantastic option, and the price is hard to beat.